Easily accessible from downtown Dawson, the Ninth Avenue Trail is a 2.5km trail meandering through a now overgrown gold rush neighbourhood. Remains of foundations and household items tug your imagination back to Dawson’s heyday, when the city was home to over 30,000 people, and the city sprawled up the hillside east of town and across the banks of both the Yukon and Klondike Rivers. 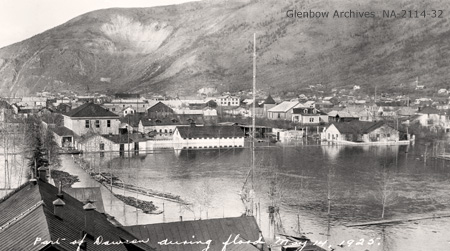 Dawson’s location, while convenient for sternwheelers bringing supplies, was also in the Yukon River’s flood plain. In 1898, just two years after its founding, Dawson was inundated during spring break-up. After the floodwaters receded, stagnant water and mud, together with overcrowding and poor sanitation systems in the rapidly growing city meant that the low-lying downtown area soon became a breeding ground for insects and disease. The well drained hillside was a cleaner, safer and more comfortable place to live. Many residents and newly arrived gold seekers chose to build on the high ground overlooking the city. 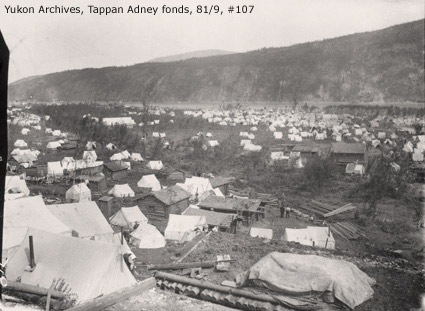 Most of those who came to the Klondike Gold Rush didn’t see Dawson as a permanent home. The dwellings they built on the hillsides were roughly built cabins or wall tents, constructed to give immediate shelter but not intended to last. As the frenzy of the Klondike Gold Rush died many people left Dawson for other gold rushes or just went home again. As the population fell Dawson shrank in toward the downtown flat, where drainage ditches and improved sanitation had made it a much more desirable place to live. 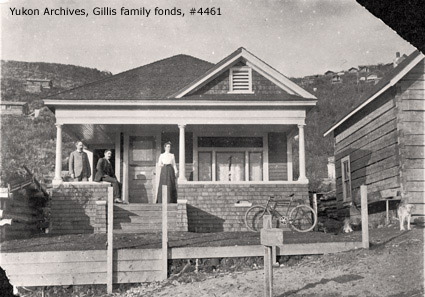 The temporary hillside dwellings were largely abandoned, and those who chose to make Dawson home moved to more sturdily constructed houses on the lower avenues. It is likely that at least some of the material from these structures was used in construction in other areas of town or out on the creeks, as building materials were always in short supply in this isolated town. 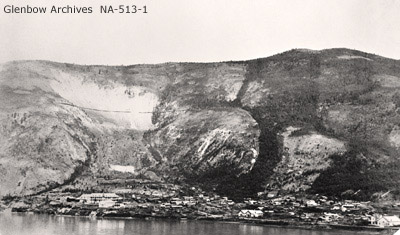 The Moosehide Slide high on the hillside to the north of town is a prominent landmark in the Dawson area. Often erroneously assumed to be a result of mining, it is actually an ancient landslide that figures in Tr’ondëk Hwëch’in oral history from long before the gold rush days. The english name is shortened from the translation of the Hän “Ëddhä dädhëcha” which literally means “weathered moosehide hanging”. It is prominent in many historic photos, and has come to be an iconic symbol of home for many Dawsonites. You may also find it a useful landmark as you explore Dawson and the surrounding area.

From the Ninth Avenue Trail you can walk through town to the riverside path along the dike, or continue along other hiking trails on the hillsides. As with all Yukon trails, please follow leave no trace travel principles and be bear aware on the Ninth Avenue trail. For more information on trails in the Dawson area please visit the Visitor Information Center on Front Street.